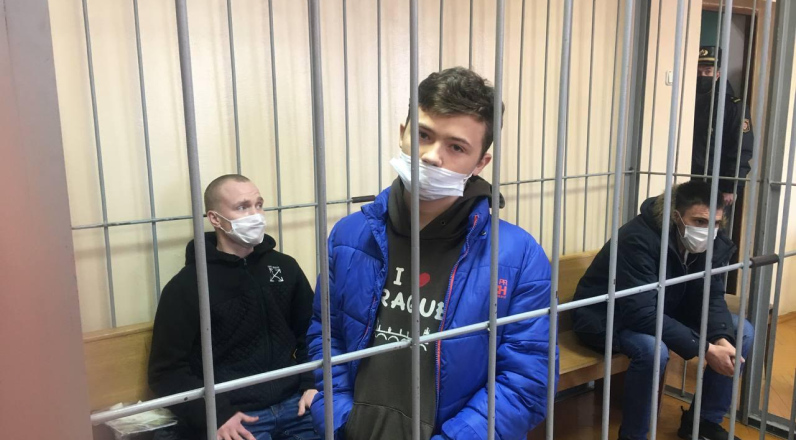 Nikita Zolotarev, my 16-year-old son, was kidnapped and beaten by bandits in black uniforms for being at a peaceful protest in Gomel.

He was sentenced to 5 years in prison by the illegitimate authorities. Nikita was beaten and taken from the police department  to children's hospital, to an intensive care unit, where he stayed for about 24 hours. After that, he was placed in the Gomel Temporary Detention Center, where he was systematically beaten, with no signs of beating. He was also beaten on the back of the head, no bruises can be seen there. I quote Nikita saying with tears in his eyes: “Daddy, when will they stop beating me?

Now Nikita is in pre-trial detention, and another criminal case under Article 364 has been opened against him for failing to obey the instructions of the guards of the pre-trial detention facility. Which means a few more months in the detention center and another term of imprisonment. The lawyer proved Nikita's innocence, but the court made a decision. My son is being held in solitary confinement.

The authorities consider him a dangerous extremist. But I think my son is a warrior. And suffers for all of us. Nikita is a worthy citizen of New Belarus.

Despite the humiliation, he does not do what the authorities order because he knows that he is not a criminal.

Thank you for your support!