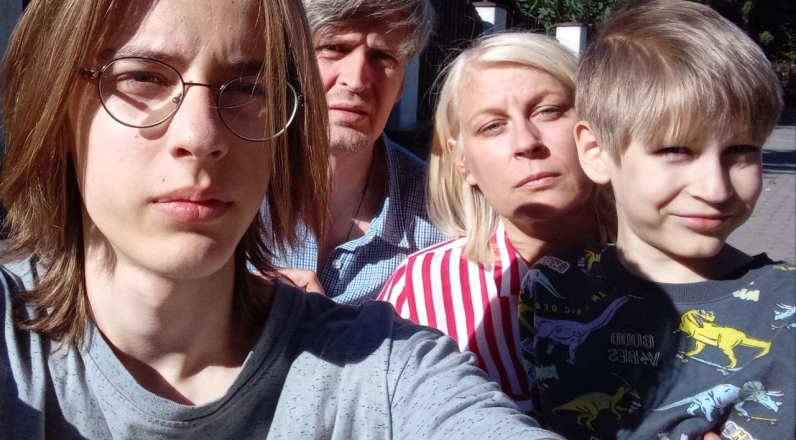 We had no intention of leaving Belarus. We didn't want to leave without help our friends who were political prisoners, but we were forced to move due to the threat of removal of our children from the family.

I went out to every protest action since 1996, the moment of the illegal referendum. The year 2020 gave me hope that we were in the majority and could win. My family and I actively participated in every yard initiative and went to every march. Initially we were not detained.  However, we came under surveillance, I think, the moment I went to my children's school and announced that I was going to be an observer. That's why we were quickly taken to the DIS with violations of the law.

We had to urgently leave Belarus after my Facebook account was hacked.
I was given screenshots from my page with accusations that I had organized mass protests and was calling for people to leave. That same day, I learned that they were preparing to remove my children and take away my husband and I's parental rights.

We made the decision to leave immediately. We left with only our backpacks. We did not have any savings either. Our family is large and for many years we lived from paycheck to paycheck. Now we have to make a new life in Poland: rent an apartment, find a job, send the children to school. We will be grateful to everyone who will help us.