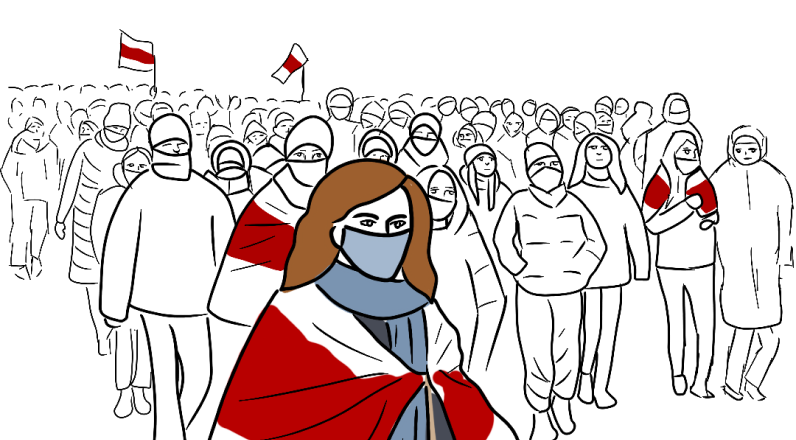 At the end of 2020, I was detained by police officers for participating in a “Sunday” march and was found guilty under Article 23.34. I was held in the TDF for two days, later released with a fine of 30 basic units.

In 2021 I was detained again. Initially I was kept in a TDF in Okrestino, then I was transferred to pre-trial detention center 1 on Volodarskogo street, where I was kept till the trial. At that time I was under criminal investigation under Article 342 part 1.

I was kept in the pre-trial detention center for three months, after which during the trial I was found guilty of “active participation in group actions that grossly violate public order. I was sentenced to 2 years of home "chemo". In addition, there was a claim from the KUP "Minsktrans" for compensation of the property damage caused by the crime. The amount of the claim at the moment of the beginning of enforcement proceedings was 27,000 Belarusian rubles.

Neither I, nor my family expected that after the choice we made in 2020 — such trials await us. Serving my sentence, I cannot provide assistance to my family, which needs it. The money we have left after paying the fine is not easy to live on. We would be very grateful to anyone who will help us in this stage of life.

1500€ — collecting the children for school, buying food and clothes.