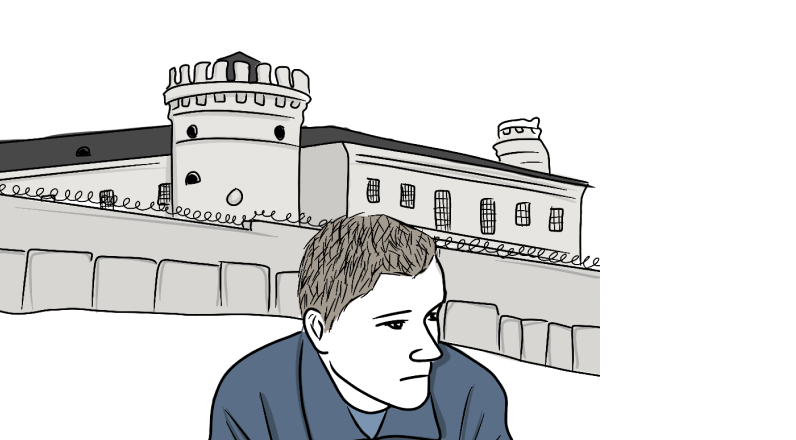 While in jail, I started losing my eyesight. Now I need glasses at "-3". Also, from the conditions of existence in detention, my teeth deteriorated: now I can drive a match between my teeth without lighting it. My back problems appeared because of the constant use of ketorol in pre-trial detention. I have had back problems since childhood, and in the pre-trial detention facility the memo about my health condition was, of course, lost and ignored.

Then there was the colony. Somehow my common-law wife agreed to transfer money to me, but it was not quite realistic, because the circumstances were difficult. That is how I lived in the colony, with the hope that I would not be left alone, and if something went wrong, my comrades and I would not abandon each other, but…

But it turned out that when I was released, no one remembered me anymore. Political prisoners live only with the hope that they will be helped after their release — now I understand that their dreams, and mine as well, are in vain…

I was released and almost did not lose my mind from the worries that came over me. The political pressure was not over, I could not find a job (with the exception of a collective farm). Alimony is piling up for a year and a half, my health is almost nonexistent, and I have to hold on to my wife somehow. My friends help me with housing. And there is silence all around.