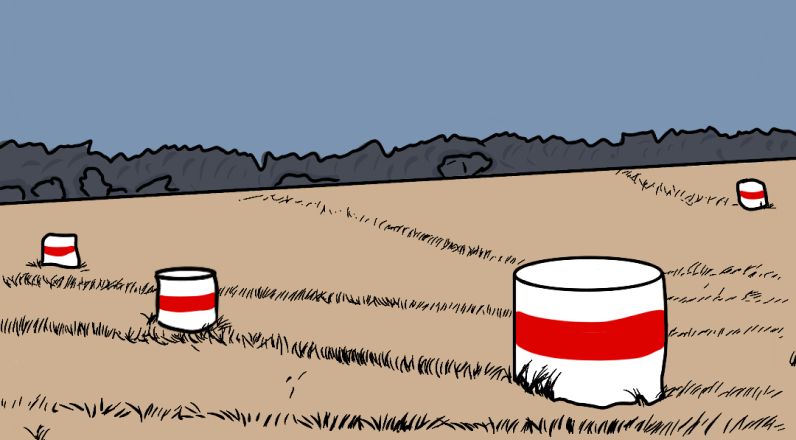 In early 2020, when COVID began, I was outraged by the government's treatment of its people. This was followed by a crackdown on presidential candidates and people supporting those candidates. In June 2020, I became active in expressing my civic position.

In the fall of 2020, I was detained three times at protests. On September 1, 2021 my guys and I were detained in the hay field while we were drawing red stripes on white bales. They were already waiting for us there. This event led to a criminal case being brought against me.

I was sentenced under Article 339 part 2 to a year in a minimum security penal colony. On May 10, 2022 my sentence was over, but in June the KGB came to search me and took my husband and daughter away for interrogation. My husband was convicted for ties with the “Country for Life” foundation and I was put on the police register as an “extremist” for two years.

Now I can't find a normal job in Belarus. I was fired from my job when I was under investigation. Recently we came to Lithuania with a minor child. Now we are getting settled in a new country and are preparing documents. This deprives us for a while of an opportunity to find a job, and we do not have enough money to live on. We would be very grateful to everyone who would give us their support.

1550€ — rent; food for two people for 3 months, while the documents are being prepared.