Helping a family that has been destroyed by the regime 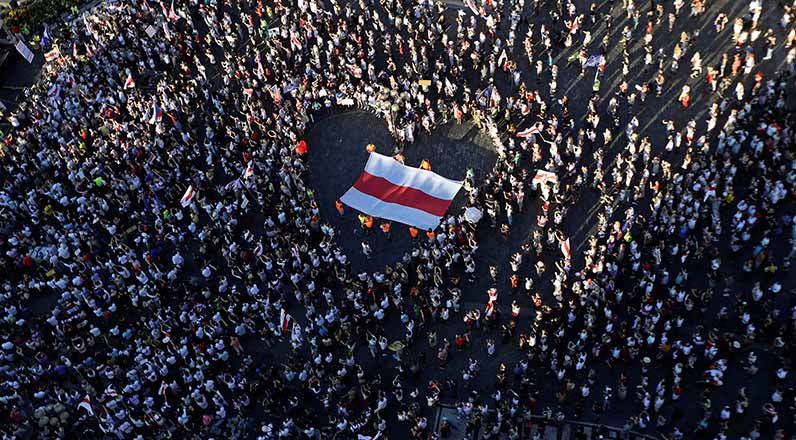 The events of 2020 changed my view of the incredible people in Belarus. I realized that we could be a big family! However, unfortunately, there are those among the Belarusians who are ready to destroy the destinies of other people. That's what happened to my family: when I was sleeping, they broke the front door into my house. At first I could not understand anything, I was kicked in the legs and fell to the floor. They broke into my house saying that “I am a criminal and a radical who took banned polls and was subscribed to banned channels. All the equipment was confiscated. They ransacked my apartment, and when they found national symbols, they were very "happy. It's hard to even count how many insults were directed at my family.

When it came to the password to my phone, I refused to say anything, after which I was punched several times and fell down. I woke up on the floor in a pool of my own blood. I don't remember how many more blows were given and how I ended up at the interrogation, where the humiliation continued. I remember only asking for an ambulance, but all my requests were ignored.  The violence stopped only when I lost consciousness and ended up in the hospital with a suspected stroke.

Then the processes were irreversible: they instituted criminal proceedings against me and threatened my relatives and friends. They are still trying to ruin and break my life, to push me to suicide (I would be lying if I said that such thoughts did not occur to me).

We all have the strength to fight, to go all the way! I got over my fear and started fighting! I immediately evacuated myself and my loved ones; however, I could not save everyone. These monsters are holding one of my relatives in prison as a hostage. Naturally, there are threats against me as well.