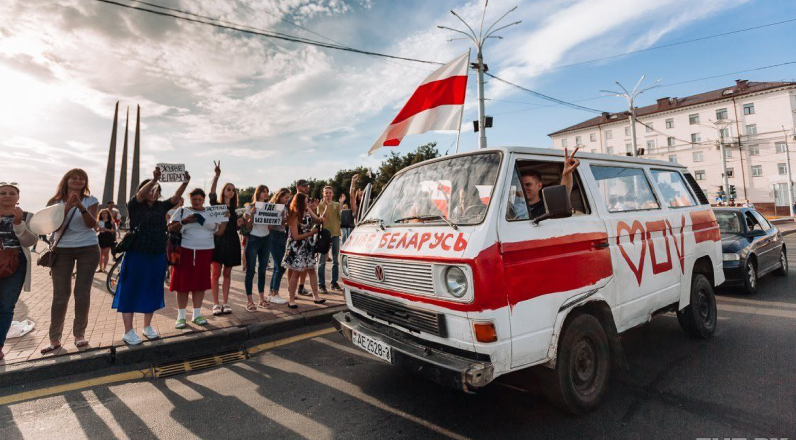 Dear friends, you remember the “Zhyvemabil” or “Zhyvebus” that went down in the history of Vitebsk. It was a minibus painted in our favorite red and white colors, which inspired the citizens to go out into the streets and show their disagreement with what was going on in the country. But, as we know, the owner had the minibus confiscated. Later, when they created the same car again, police also confiscated it. And now it is“in captivity” in one of the police departments of Vitebsk.

Therefore we are announcing the collection of money for a new “Zhyvemabil”, which we are sure will raise our morale again and help us to return those pleasant memories of unity, which we experienced in August on the streets of Vitebsk.