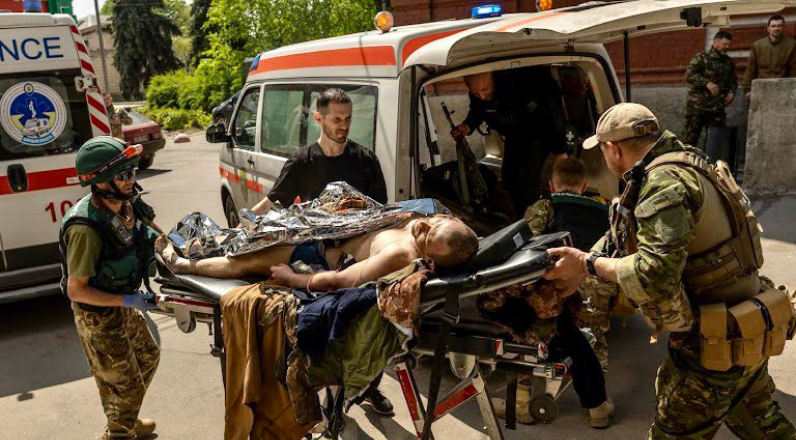 The First Volunteer Mobile Hospital, known by its Ukrainian acronym PDMSH, is a team of hundreds of medical volunteers from around the world who have been saving lives on the front lines in the area of fighting with Russian occupation forces since 2014.

Since self-organization, more than 500 medical volunteers have passed through the MMP. It has worked in half a hundred locations in the Ukrainian Donbass, provided medical care to tens of thousands of patients, and become one of the legends of the Ukrainian-Russian war. With the beginning of the great war the medical volunteers of the PDMSH became famous in the defense of Kiev and Zhytomyr region, and were among the first to provide medical aid in the liberated Gostomel, Irpen, Bucha, Borodyanka and other liberated towns and villages of the Kiev region. Since the beginning of May, medical volunteers have been working in Sloviansk, Bakhmut, Kramatorsk, and other hot spots in the Ukrainian Donbass.

Political emigrants from Belarus have been actively supporting SMP since 2015. BYSOL has donated ambulances, uniforms, tactical backpacks, first-aid kits, helmets, body armor and many other “goodies” to Ukrainian medics. At this time, in order to continue saving the lives and health of Ukrainian defenders and victims of Russian aggression, the volunteer medics of the PDMSOL need fuel, funds for fleet repairs, a mobile dental office, mobile medical equipment, etc.