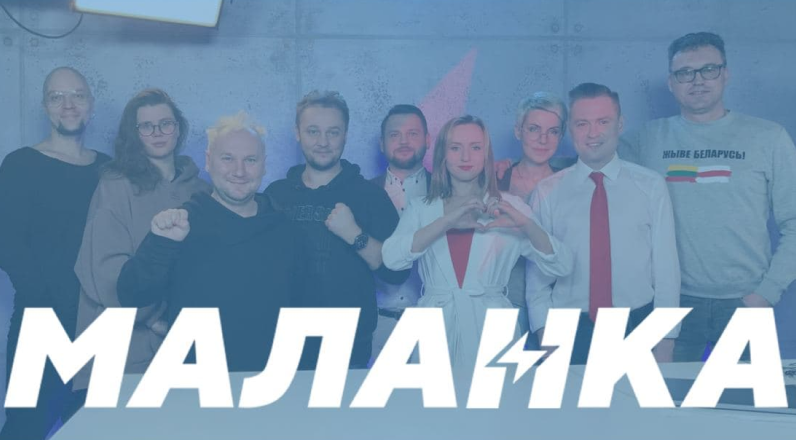 For 5 months already Zubr team and Malanka Media (news service from the creators of online monitoring system of election process 2020) together with us are following the events in Belarus, trying to cover all important news, events and opinions of public figures in laconic and fast form of live broadcasts.

Zubr.media is a media center for daily coverage of civil society activities and initiatives in Belarus. Malanka Internet TV and the Zubr.media website. We started producing content in November 2020. During the first month, the number of subscribers to our YouTube channel grew by 50% each week. We now have over 60,000 subscribers, and we plan to expand to 500,000 over the next six months. Based in Vilnius, Lithuania, we produce daily media content for a Russian-speaking audience.

Our short-term goals are to increase production, make multilingual (Belarusian, Russian and English) and launch an Internet radio channel.

In the long term, Zubr.media sees itself as a full-fledged, unbiased and objective Citizen TV. Today we are a non-profit organization. To increase the production of media content, we ask patriots of Belarus to donate money to purchase professional equipment and software. Please help us help the people of Belarus fight for their freedom!

ZUBR is a civic platform for monitoring authorities. Since the summer of 2020, in coordination with the initiatives “Honest People”, “Human Rights Defenders for Fair Elections”, and “Right to Choose”, we created a platform to monitor the presidential election in Belarus. Based on the violations collected from all the observation initiatives on the Zubr.in platform, the Belarusians and the entire international community have declared the election null and void. During the presidential election, ZUBR collected 5,350 reports of possible irregularities from more than 1,200 polling stations during the voting period. The evidence we collected, with the names and identities of the members of the District Election Commission and the Central Election Commission of Belarus, was handed over to the initiatives related to the initiation of the Magnitsky Act in Belarus. ZUBR's success in gathering information was due to their advanced technical solution (the Zubr.in website) and the role that ZUBR played in coordinating various initiatives to monitor and publish this information in real time. Since August 3, ZUBR has been broadcasting an hour-long daily live stream on YouTube. On Election Day, Aug. 9, ZUBR ran an 18.5-hour live marathon, including live broadcasts with polling station observers, politicians, experts, journalists and opinion leaders. After primary election day and until August 14, ZUBR continued to broadcast one-hour daily programs with post-election analysis and coverage of the protests and international reaction to the political crisis in Belarus. ZUBR live broadcasts on YouTube (including other social networks) were viewed 943,763 times. Even taking into account the internet blocking in Belarus, the broadcast on primary voting day gathered 156,082 views on the YouTube channel Country for Life, affiliated with Svetlana Tikhanovskaya.

5000 euro — The amount is needed to buy missing equipment and decorate the studio.