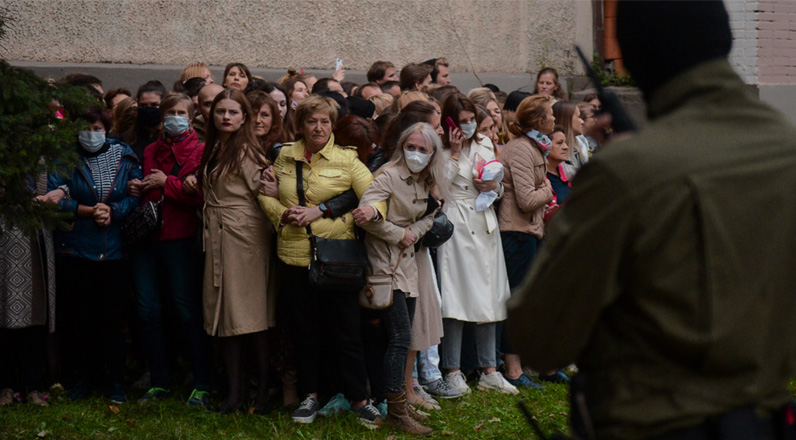 There are more than 300 political prisoners in Belarus, thousands of people lost their jobs or the opportunity to get an education. Every day, police detain Belarusians who do not agree to live under the current government. People are beaten, humiliated, deceived, and forced to give interviews to the state media.

The BYSOL Foundation, together with Belarusians from all over the world, helps them. We collect money to help families of political prisoners, dismissed workers, expelled students, striking workers, doctors, artists, journalists, athletes, activists who unite people across the country, which the regime has not been able to do in 26 years.

They were not afraid to go out or express their opinion in a country where defending their civil position is punishable by many years of imprisonment or even death. And they continue to talk openly about change, despite the bullying they endure.

You, too, can become a member of our common movement on the path to victory — donate money and support people who are repressed by the regime every day.

I donate money to the BYSOL foundation, you also get involved in the struggle, become involved in the situation in Belarus, help tens of thousands of those who resist to understand that they are not alone, they were not abandoned, and together we will win!

By providing assistance through a general collection, you agree to the distribution of these funds to the collections organized by the BYSOL foundation

By making donations through our website, you agree that your funds can be utilized for the purposes intended by the BYSOL foundation.