Financial assistance to the family of 16-year-old Arseniy Zakharevich, a victim of law enforcement 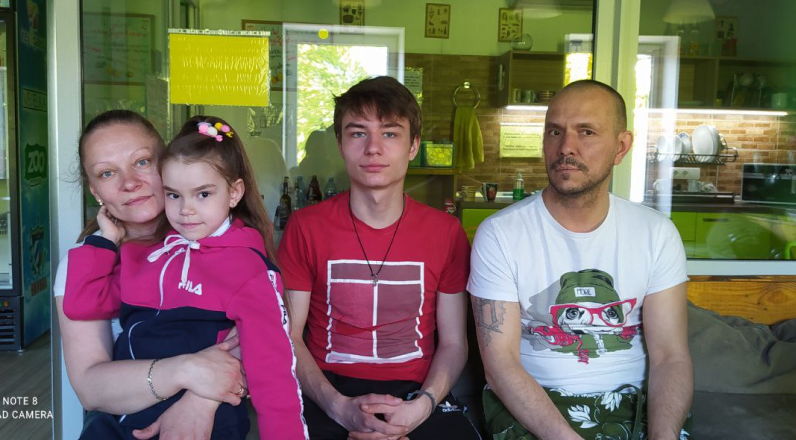 My name is Yulia, I am mother of 16-year-old Arseniy from Borisov, who was beaten by the riot police. Due to these events our family had to flee the country. At the moment we are in Ukraine.
On August 11, my 16-year-old son Arseniy was detained and beaten by riot police in Borisov. I immediately went to pick up my son from the local police department (he managed to call me from the truck). And when I saw his condition, I immediately decided with all my might to protect my son. I wrote a statement about the beating. After that, they interrogated us for three hours and put psychological pressure on us (they threatened, shouted, tried to beat my son). Despite this, I did not give up and managed to write a statement. The next day we hardly managed to get a forensic examination. And already on 13.08. 2020 an administrative report was made on my son under Article 23.34 and a Commission on Minors' Affairs was appointed. And on September 2, 2020 the first commission on the affairs of the minors (KDN) was held, and as a result of its results the child was acquitted. That meant that now they had to look for and punish those who did this evil, but they couldn't do that. That's why in October the prosecutor reversed the KDN's decision and appointed a new commission. And on 22.10.2020 a second commission was held, to which three policemen were invited as witnesses. As a result of that meeting, Arseniy was given a fine by the KDN. After my son was fined, the case on my statement on the fact of beating was terminated. An appeal against the decision of the KDN in the local and regional court did not bring any results. In addition, after the events of August 2020, pressure from the administration and teachers began to be exerted on Arseniy at the technical school.
At the end of April, Arseniy and I and the lawyer who defended our interests in the KDN were summoned for questioning in the IC on the criminal case of insulting the chairman of the KDN. But being afraid of the consequences and of the fact that our family would be separated, my family and I left Belarus.
Our savings were only enough for the tickets to Kyiv. Of our belongings we took only the bare minimum. Now we are trying to find a job in Kiev, to send the children to further education. We are trying to arrange for Arseniy to be re-examined and to continue treatment.  Arseniy was treated by a neurosurgeon and a neurologist. His younger daughter started having panic attacks.
We are in great need of financial assistance for rent, food, treatment of children.

3000 € — rent for 3 months, food, medical examinations and treatment for my son, psychological help for my daughter, clothing.