Aid to the family of Natalya Yatskova 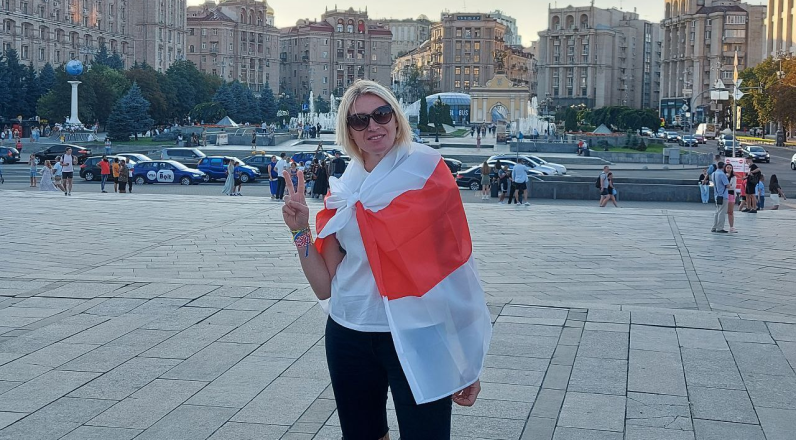 I started out by participating in mass protests in my hometown, Sunday marches, then, when it became unsafe, weekend “walks”, knitting and handing out BCB bracelets and necklaces, putting up flyers demanding Lukashenko's resignation, fair elections, freedom for political prisoners. From the middle of August till September together with KaliLaska charitable project she organized in her store a collection of clothes and stationery for the schoolchildren whose parents were on strike. Then, when detentions of friends and acquaintances began, she organized the collection and transfer of funds to pay fines. In November, after the murder of Roman Bondarenko, she joined a backyard chat room and joined the activists. She distributed newspapers and leaflets, participated in flash mobs, including in support of Olga Khizhinkova, provided all possible financial assistance to the chat room to raise funds to pay for parcels and lawyers for prisoners, bought envelopes and gave them to volunteers.

In the evening of June 6, 2021 she was detained with a friend while posting political posters against the regime and was taken to the police station. Then I was taken to the ROVD like a nightmare: interrogations, humiliation, psychological pressure, sleepless night in the waiting room, then again interrogations in the morning, the investigation committee, institution of criminal proceedings under article 368 part 2 for publicly insulting the president and accusing him of committing a very grave crime, handcuffs, ROVD again and “monkey house” with no food or water for over 24 hours. But in the meantime they searched my house twice: at 3 a.m. in the presence of my underage daughter and the next day because they couldn't find my phone. They confiscated my daughter's computer and laptop.

It was only in the evening of June 7 that I was taken to the TDF of the IAB of the Regional Executive Committee, where I spent three days.
The political prisoners are treated in a very special way in the TDF: no mattresses or linen are provided, the light is on round the clock, from 6 a.m. until the end of the night they turn on the radio at full volume, so that I cannot bear my headache in the afternoon, the place is terribly unsanitary, bedbugs, and a cloth soaked in bleach was given half a minute once a day to clean the cell. I was interrogated again, threatened to have my husband fired and have the child taken to the guardianship authorities. After three days I was unexpectedly released under house arrest, even though I had seen the papers signed about my transfer to a detention center. It was afterwards, when I was persecuted by the authorities everywhere and they were tracking my contacts, I understood why I was still free. In 2 weeks there were 3 investigators on my case. During the last interrogation they made it clear to me that if I would not make a deal with the investigation they would change my preventive punishment before the trial. I understood very well that the verdict on my article would not give me a chance to stay free.

There were two days before the next interrogation, at the family council a difficult decision was made to leave the country.

3605€ — temporary stay and meals in Ukraine for 3-4 weeks, visa, insurance, tickets to Poland for me and my family, accommodation and meals in Poland until I get a job.

The collection is over. Сollected: € 231