Aid to the victim of the August events 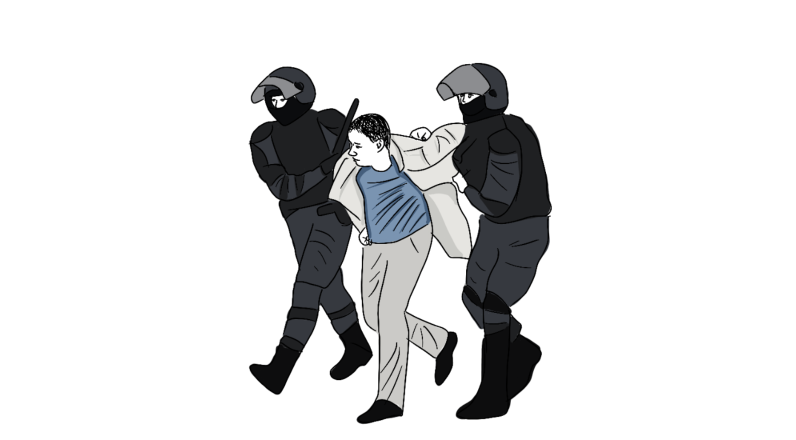 The events of August 2020 still haunt me. I found myself in the hottest spot by accident, but I got in for the whole crowd. On August 9, after the election, I found myself on Frunzenskaya and moving toward home. Unfortunately, I did not have time to get home. I received four gunshot wounds in legs. I assume that the shot was from a pump action shotgun. Unfortunately, it's impossible to identify the weapon that was used to shoot me, and it's impossible to prove it. They shot almost at point-blank range: they surrounded me and threw grenades at me. They stunned and beat me and forced me to bleed for eight hours on my punctured knees in the basement.

Did I faint from pain or from loss of blood? I don't remember. All I remember is that for several hours I felt no pain at all. I couldn't hear sounds in my left ear. I had not yet gone to a doctor with this problem, but now I realize that the music in the right earphone is much quieter than in the left, and it's not the headphones at all. After hospitalization, I couldn't walk for a month. Every day on my own and my parents' strength I got to the children's outpatient clinic, where the surgeon tried to help me. It was scary to go to a regular hospital, and I was a minor at the time. The wounds were festering very badly. On my thigh, the bullet had reached the bone and lodged in it. For 15 days they were in my legs until we went to LODE. They couldn't operate on me in the children's polyclinic because they were afraid of hitting an artery and not saving my life.

Those three months of excruciating recoveries, infernal pain and intense fear that I would go to jail just because I was walking — kept me from thinking about my life. So I didn't go to work and lost it because I just couldn't move around on my own. I had to go to the clinic several times a day and it took money. We didn't have a car. We had to take a cab. Bandages, painkillers, ointments — that was also money. We had to borrow money, because there was no work. All my needs were paid for by my parents, they did their best, looked for money and helped me all the time. Now I want to help my parents and help myself morally, because I start to panic at the sight of employees. Still inside me is a fear of walking in crowded places during any holidays or public events. I think about the fact that even if I turn to a psychologist — treatment of this trauma will take a long time.

600€ — to pay for medical services and to cover the financial losses committed during the events of August.

The collection is over. Сollected: € 640