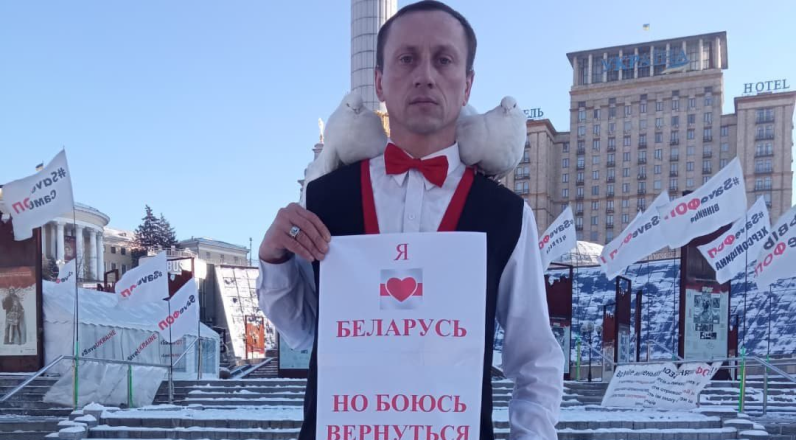 My name is Stanislav. My story started in the city of Minsk and Grodno. On August 10-11 I went out to peaceful protests, where I was beaten up by riot police. I lost consciousness and was thrown on the sidewalk near the roadway. Then I woke up in the ambulance. I recorded the beatings and wrote a statement to the prosecutor's office and Partizanski District Police Department.

In Minsk they fired me from my job. After that, I was forced to leave for Grodno. Since 2018, I worked in the fund “Help and Support Hand Belarus”, which provided assistance to convicts in prison and people released from prison.

After the peaceful protests of August 10-12, I was repeatedly summoned to the KGB and Grodno police, where I was threatened with words that I would “finish badly and go to jail for a long time. In February, unknown persons in balaclavas severely beat me near the dormitory: they broke four of my ribs. A statement was written, after which the threats came again, and I was forced to go to Moscow for surgery. I spent a month in hospital, and after that I prepared all the necessary documents for work.

I started working as a cook on the Arbat, but since the Help and Support Foundation wasn't closed, I received requests from former convicts who had served their sentences in Russia.

At the end of November, two convicts from Russia asked for help. They were helped and five days later I was detained by the Federal Security Service. For more than three days they asked me various questions and threats. After that it was decided to leave Russia and go to Ukraine.

Now I need financial help to start my life from scratch in a new country.