Supporting the Smirnov family, where father and son are political prisoners 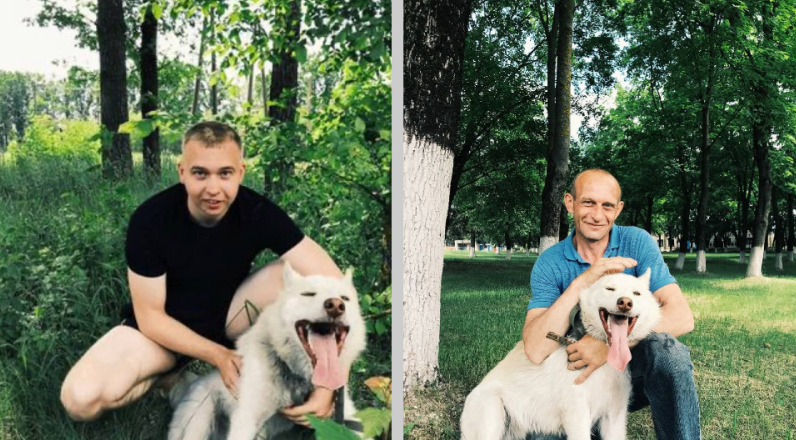 On October 27, Gennady (father) and Vyacheslav (son) Smirnov were sentenced in Lyakhovichi, who were accused of “insulting Lukashenko and distributing leaflets.” Gennady was also convicted for resisting “an internal affairs officer (part 2 of Article 363 of the Criminal Code)” and “public protest in the city”. “The court” sentenced the father to 2.5 years in a reinforced regime colony, and his son Vyacheslav to 2 years of “chemistry”.

The defendants had no defense lawyers at the first hearing due to our family's lack of funds.

Gennady has been in pre-trial detention since August and will soon be transported to the colony. He did not testify during the interrogations, despite the abuse in the TDF. He was deprived of parcels, not given a mattress and bedding, the light was constantly on in his cell, and checks were made. Gennady had to sleep sitting up. He went on a hunger strike in protest.

Vyacheslav, 22, did not admit his guilt at the so-called “trial” and said that he had been ill-treated in custody. He was forced to incriminate himself. During the interrogation he was pressured and threatened with imprisonment and other criminal cases. At that time the guy hadn't eaten for 24 hours and he was handcuffed.

The Smirnoffs actively participated in various protests after the elections. His father was fined three times, served a day in jail, and in August he was detained on criminal charges and has been in jail ever since. Gennady's youngest daughter and Vyacheslav's sister are now alone watching over their elderly grandmother. Smirnov's mother has a group 2 disability, so the father, who has been in detention for almost six months, practically raised the two children on his own. The eldest child is now also a prisoner of the Lukashenko regime, and the youngest daughter alone has to bear the enormous expense of imprisoning the people closest to her.

Before the imprisonment of the men, the Smirnov family worked seasonally at home, selling produce from their personal vegetable garden. Son Vyacheslav was also a student, studying agronomy at Baranovichi University and wanted to continue the family business. Unfortunately, because of his civic position the fate of the family turned out quite differently. Now we need help in order to support Gennady and Vyacheslav in every possible way.

2000 € — the money is needed to support the convicts (transfers, visits, vitamins), as well as to help the family.