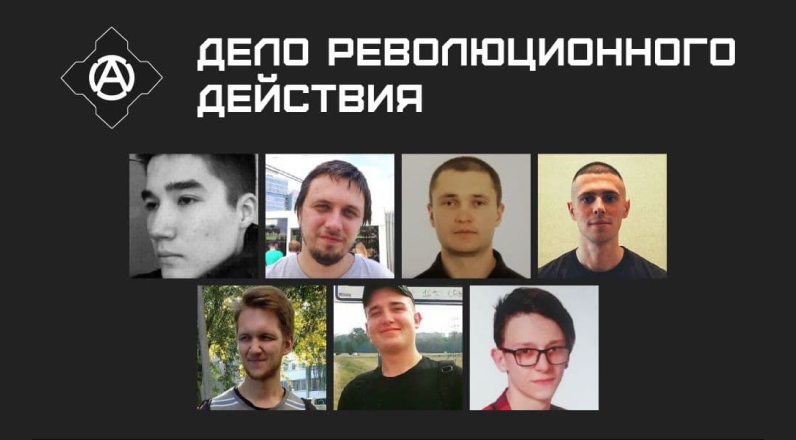 Revolutionary Action, the active and oldest of the anarchist organisations, has long been the mouthpiece of anarchist resistance to the Lukashenko regime. For example, in 2017, anarchists led a march of netizens in the city of Brest; in 2018, they blocked the M1 highway at the exit from Brest, protesting against the construction of the AKB plant. There have also been rallies against conscription, police violence, dictatorship, agitation for self-governance, the strike, workers' and students' rights. In 2017, RD launched the Luka Gang project — a filing cabinet of regime officials involved in political repression. In the summer of 2020, a video instruction on how to participate in the clutch of protesters was released on DH's channel. Much of this is now at the heart of the anarchists' charges in this case:

And about a dozen other articles. For details of what the defendants in the “RD case” were charged with — https://bit.ly/3E7B4P9.

Since not all families currently receive material assistance from outside, the burden of support for political prisoners falls on relatives and friends at large. Many of the detainees did not live in Minsk, but are held in Minsk SIZO-1, which may also complicate the transfer of food and necessary items. After the trial, which will obviously result in a guilty verdict, many political prisoners will be transported to the colonies, where they will need some additional items. So we decided to organise a collection for one-off assistance to the families of political prisoners in the run-up to the trial, which the relatives also need to get to.

The defendants in the case are anti-fascists and anarchists:

5,150 € — to support the political prisoners in this case, for the first time after the stage in the colony and their families.