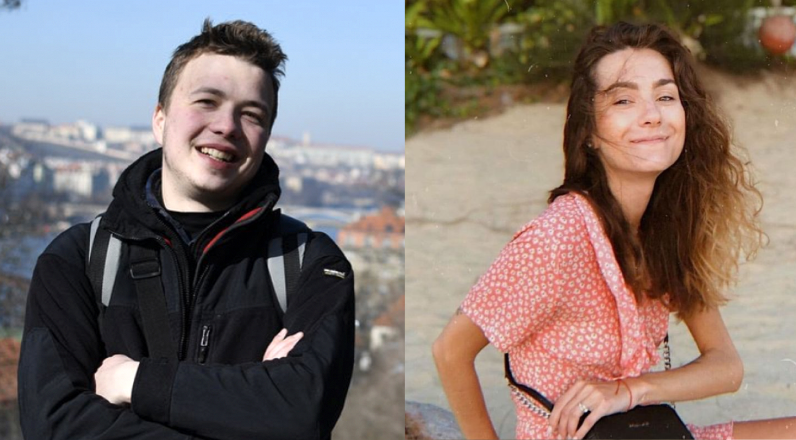 On 23 May Sofia Sapega, a citizen of the Russian Federation, who was returning from Greece together with Raman Protasevich, editor-in-chief of the TV channel “Belarus of the brain”, was illegally detained at Minsk airport. The plane of Athens-Vilnius flight was turned around and boarded to detain Roman in Belarus. Sofia was detained and held in the TDF without any grounds. The aim of the officers of GUBOPIK and KGB was to put pressure on the former chief editor of NEXTA.

At first the authorities tried to justify the detention of the Russian citizen by the fact that they recognized her as a suspect in the organization of mass riots. However, on the second day after the detention of the couple, the pro-governmental channels published a provocative video in which Sofia said she was the editor of the channel “Black Book of Belarus”. Now Sofia Sapega is recognized as a prisoner of conscience. She faces up to 12 years in jail for “incitement of hatred”.

In the first days after the detention of Raman and Sofia they announced the collection of funds to pay the lawyer and help the family of Raman Protasiewicz 15927 euro was collected, some of the money was directed to help Sofia.

Now the girl is in the KGB pre-trial detention facility, her detention term has been extended by two months. Sofia needs help of a lawyer, she and her family need support. In this regard, the collection of funds for a lawyer and assistance to the family of political prisoner Sofia Sapieha is resumed.