Help for Karina Potemkina, a Belarussian volunteer in Bucha 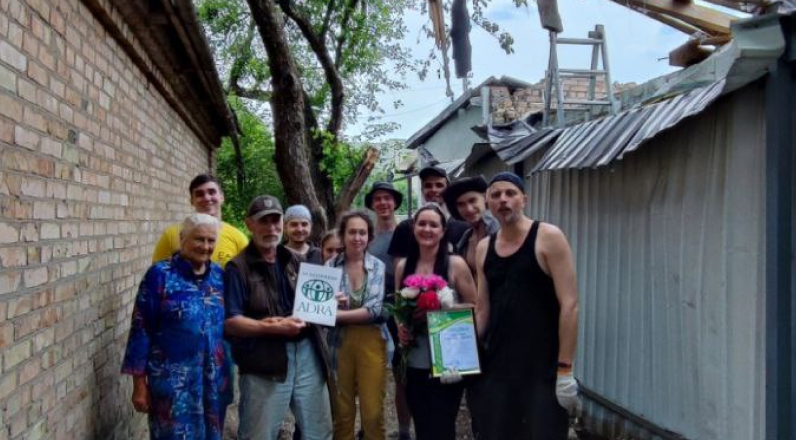 Karina Potemkina is an activist from Soligorsk, who since 2020 took part in protests, openly expressed her civic position, wrote letters to political prisoners, supported the demands of the Belaruskali strike committee and fought for freedom in Belarus in every possible way. Because of her civic position, Karina had to endure harassment by propaganda channels, “preventive conversations” and political pressure. Over time, it became clear that the girl was threatened with the possibility of becoming a political prisoner. For this reason, in December 2021 Karina was forced to leave Belarus and began to re-establish her life in Ukraine.

In February 2022 the girl settled in a rented apartment in Bucha together with other Belarusians. On February 24, at half past six in the morning, Karina was awakened by the news that the war had begun. For the first 24 hours, because of constant bombing, it became impossible to get out of Bucha to Kiev. When she learned that they were recruiting volunteers for the Bucha Rada, the girl came to the call center and began helping others.

On March 6, together with a friend, Karina scouted the road to Irpen, they walked, but then learned that the Russians began shelling Romanovka. Karina and her friend returned to Bucha and began to help their friend evacuate, but after a day or two they discovered that there was no more gas either. A decision was made to go to Irpen again, and from there to go to Kiev. During the evacuation, Karina was offered to go to Lviv and deal with the Belarusan card, as at that time they were already blocked in Ukraine. Once in Lviv, Karina joined another volunteer initiative and began providing humanitarian assistance.

On April 7, after the liberation of Bucha, the girl decided to go back and continue her volunteer work. Karina has a Polish humanitarian visa, but now she has no thoughts of leaving Ukraine. “For a long time I did not understand why I felt like a stranger in Lviv. And I thought to myself: maybe I should go back to find my heart. I think it is in one of the basements left.