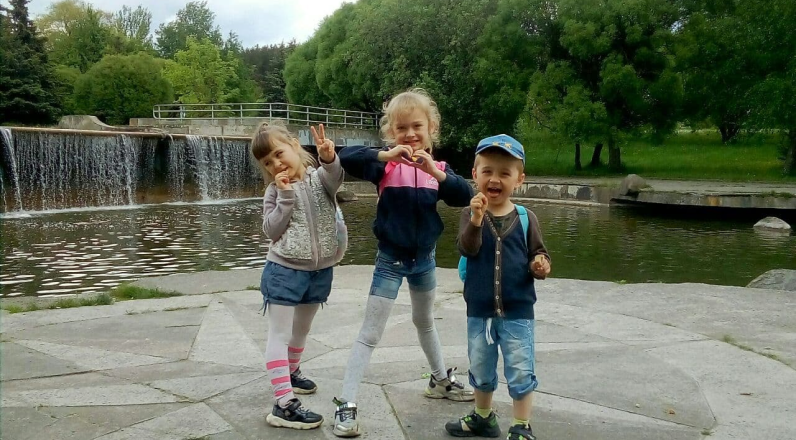 When there were so many of them, they pepper-sprayed us first, we were the first to get in a hitch. We had to move away with the help of other people closer to the opera house. But as soon as we began to withdraw, stun grenades flew.

After taking a 20-minute break and moving away from the pepper gas and the roar of the grenades, we moved toward the Stella, but from the other side. But even there they were waiting for us. Only there were twice as many of them, ours kept pulling up and pulling up. There were about 2,000 people, I'll never forget and at this point, something in my heart that I can't put into words.

In that second I saw something I had never seen in my life and never thought I would. In front of my eyes, a guy was carrying a bottle of water by a riot police officer. The shields opened, he was knocked down, his head hit the pavement.

Screaming, blood. I yelled, “What are you doing?”

They started shooting. A man next to me fell down and was screaming, holding his leg. I understood that they started shooting rubber bullets. I took the man under my arm and said, 'Come on, let's go or they will kill you. Muffled pops were heard and in a split second I felt a dull pain in the area of my scapula, but from the shock I did not understand what it was. When I got the man across the street, I realized that my shoulder was burning. People ran up to us, surrounded us and started to get water. I only realized that I was bleeding.

But I couldn't care about that, because I saw that they were advancing and they were taking everyone. We had to leave.

Before that I arranged for wife to wait for me outside the casino, not far from Stella. That's where we met, and when she saw me she said “hurry home!”

I agreed with her. I agreed, because I was both scared and because I knew I was running out of strength. We got home by foot through the back alleys. There were beads everywhere, and we could hear shouts and explosions. We got home around 5 a.m.

When I woke up, I couldn't get up. My shoulder blade was blue, my legs hurt from physical exertion.
I was on Okrestina three times. Roma Bandarenka's funeral, September 13, at the March of Heroes. Blockage of the road at Pushkinska metro station.

On September 22 they came home for us. Arrest of us, our property and phones. PP, defending the Bondarenko memorial at night. And then, after the funeral, they took me to the PP with a Pagonya people's flag and white flowers, for which I got a couple of times, but I didn't let the flowers out of my hands. I was in the cell with them, too.
I didn't have time to put flowers for Roman, which wife gave me.

Then Baranovichi, the detention center, the escape.

I still want to bring up and see my children grown up, to give my daughters in marriage and my son in marriage.

So I decided to give myself up. I went to the Main Department of the Investigative Committee of the Republic of Belarus in Minsk, where I was arrested on April 29, 21. I was put in the SIZO 1 of Minsk, in the special cell for persons who had already been convicted. Cell 51. On my birthday, my wife and I were in court on 12.07.2021.

I will not forget it, even if I wanted to. Three years for both of them.

These are not indifferent Belarusians, and I'm proud to be a Belarusian!

550 € — for winter clothes, utilities, food, accommodation in IUOT-9, travel to the clinic.