Help for Yuri Nesterenko, who was forced to leave home in an emergency 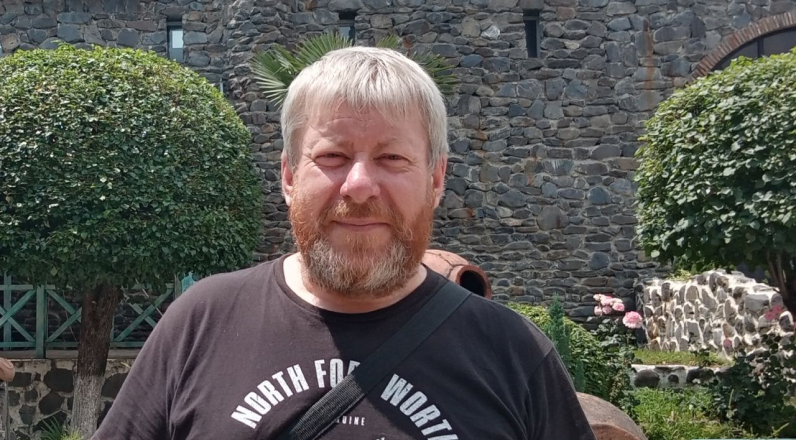 From late 2020 until April 2021, there were trials where I tried to assert my right to basic needs (my water was illegally cut off). During the last trial, my seriously ill father died.

Having survived this series of events, I was forced to leave my hometown. Subsequently I lived with my family (with two small children) in a tiny room in a nearby hostel, while continuing to work with independent publications.

At the beginning of 2021 some of the publications were declared extremist. People in flak jackets and masks, with shields, were arrested wildly at 6 a.m. in journalists' apartments. One of my colleagues was injured and his equipment was confiscated. Then a photographer with whom we did some articles on the history and culture of Mogilev region was also searched. His computer equipment and our equipment were confiscated.

During the break-in and search of one of the oldest and most respected journalists of Mahiliou region my surname was found in his work papers.

During an interrogation in the local police department one of the journalists saw a folder with my surname on the investigator's desk. He urgently reported the situation to our colleague, who had already gone abroad at that time. Then friends and colleagues, after discussing the situation and taking into account the worsening situation, advised our family to hide immediately. This was not difficult for us to do, since we had already been sitting on our suitcases since the beginning of the year, but we had not been able to obtain Schengen visas for the whole family. In mid-April, the decision was made to go to Georgia as a matter of urgency. Now we would be grateful to anyone who could express their support for us while we settle in a new country.

1400€ — housing and utilities; necessary food and incidental expenses to support a family of 4.