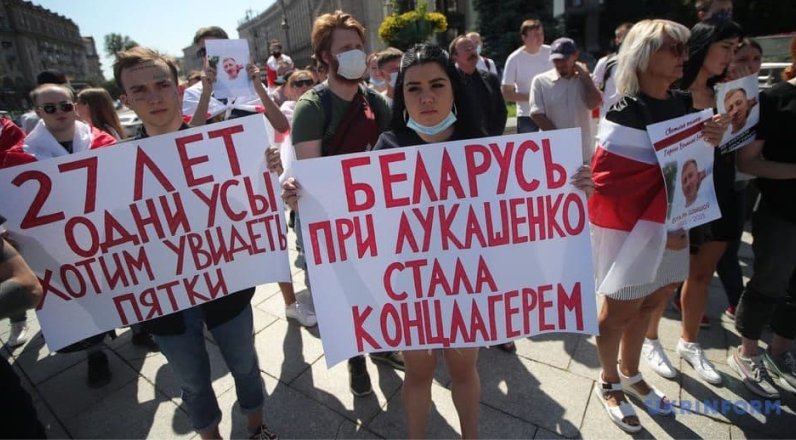 Hello, my name is Olga Kaplanovskaya. I had to hurriedly leave Belarus and go to Ukraine, because I was prosecuted under Article 369, insulting a representative of the authorities (Karpenkoff, one of the law-enforcement officers, and walked on state symbols).

Early in the morning investigators came to my apartment, charged me, searched and confiscated my gadgets (phone, computer, tablet, flags, stickers and a can), forced me to write a confession video, which they eventually published on their site the next day.

Previously, she had been detained several times. In November 2020 they tried to detain her at a march and she suffered a concussion and a cracked coccyx. I wrote a statement to the prosecutor's office about the infliction of bodily harm, but they refused to open a case.

Since December of last year I was taken into custody, after another report, they threatened to confiscate my children, saying that I was a danger to society. I've been in the political movement for a very long time, I was an activist in organizations Zubr, Malady Front, and Alternative.

I'm the only one who is bringing up two children. One is 13 years old and the second is 2. I am in a critical, difficult financial situation, I have absolutely no money. I left Belarus with 10$ in the pocket, because all money was spent for expensive tickets through travel agency. At the moment there is no way to work, as the younger needs to settle and collect the garden, the older to the school. The youngest is often ill, he has a lung obstruction, often need medicines and an inhaler, the children have no decent food.

I beg all caring people to support us in the beginning.