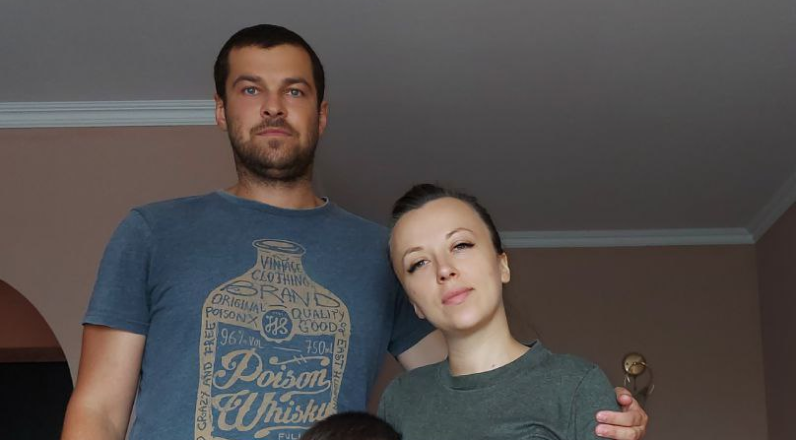 I, Leshko Andrei, and my spouse, Leshko Polina are residents of the city of Brest. We have been visiting peaceful marches in Brest since August 9, the day of presidential elections in Belarus. After one of such marches, which took place in Brest on September 13, 2020, we were summoned to the police department.

On 13.09.2020 there was a march with a large number of people who took part in it, marched through the city, and then people sang songs, danced and led a round dance, we did not take part in the round dance.

That's why the criminal case was called the “round dance case. Dozens of people were detained and convicted in this case. My spouse and I were in the middle of this march, standing and watching on the lawn of the divider lane, not stepping onto the roadway.

On 9/21/2020, my spouse was in for questioning, I was on a flight at the time, I was called back a week later. Subsequently, we became suspects in a criminal case, Article 342 of the Criminal Code. My wife and I have two children, three and six years old.

And in the course of the investigation it was found out that Polina was pregnant with her third child, which did not stop the investigation from bringing charges against us, conducting four searches in our house and then evicting us from the dormitory where we lived and were registered as a family.

Before that I had worked as a driver of international transportation, but because of the restrictions imposed on me in the criminal case I was deprived of a permanent job and our family — of the source of subsistence. At that time my wife was still on maternity leave with our second child, and I was the only breadwinner in the family. The investigation continued throughout the fall and winter of 2020, in winter we were charged under Art. 342 of the Criminal Code, and on 08.06.2021 the court issued a guilty verdict: I was sentenced to 1 year 6 months in open prison, and my pregnant wife to 1 year 6 months of house arrest.

Understanding the horror of the situation we decided to take the ultimate measure and crossed the woods and swamps into Ukraine to save our family. At the moment we are trying to legalize ourselves in Ukraine. Our livelihood is almost gone, my wife is eight months pregnant, and after all she went through, there is a chance she will give birth much sooner than planned. The youngest daughter is going to kindergarten in September, and my son to school, first grade. But where and how it will be, we do not know.

Nor do we know where our child will be born.

But most importantly, we are free and together.

5150€ — Housing, food, everything necessary to sustain a family of 4 from scratch. Expenses for the birth of the third child (all the necessary things for the mother and the baby), (maybe there will be a delivery in a foreign country without insurance).
The costs associated with the fact that the older child goes to school in grade 1, and the younger in the garden.  Medications.