Financial aid to the family of Stepan Latypov 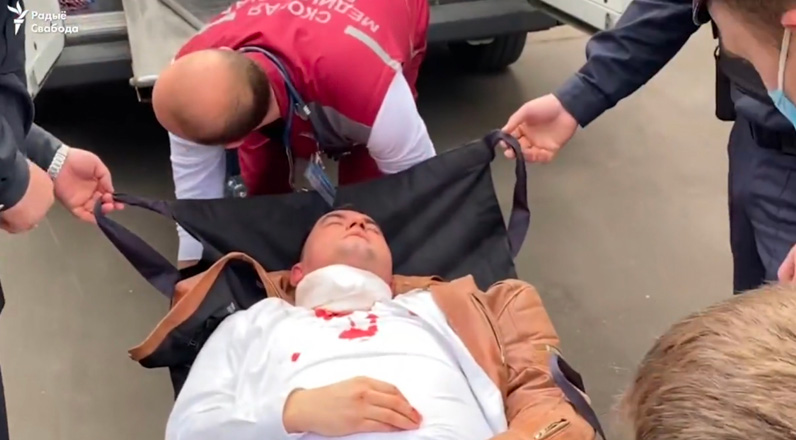 Stepan Latypov is 41 years old and a resident of a house near “Peremen Square” in Minsk.

Stepan was detained on 15 September in the yard of an apartment block in Cherviakova Street in Minsk by riot policemen. Latypova's apartment was searched, after which people in masks took Stepan away in a minibus to the chanting of local residents “Shame!” It turned out later that Stepan had been detained as a suspect in a criminal case under Article 293 of the Criminal Code (mass riots). On September 19, state TV showed a story in which it was claimed that Stepan was suspected of organizing an illegal channel for the supply of dangerous chemicals to the country, which he allegedly intended to use against police officers. Interestingly, the scientists criticized this version.

On June 1st , at the next court sitting Stepan was charged under three articles of the Criminal Code: organization of group actions that grossly violate public order (part 1, 2 of article 342), resistance to police (part 2 of article 363) and fraud committed on a large scale (part 4 of article 209). As to the latter article, according to the investigation, Stepan deceived clients by promising to treat against borage with expensive means, but ended up using cheaper ones. During this session Stepan tried to commit suicide by sticking a pen down his throat. Stepan stood on the bench in the cage to prevent the guards from getting to him, and stuck a pen down his throat. “GUBOP promised that if I do not admit guilt, there will be a press hut, there will be criminal cases against relatives and neighbors,” the political prisoner told his father before his act. “Press hut” is called detention with cellmates who create unbearable living conditions for prisoners.

On June 10, the court session was held again. Only about 15 people could get into the courtroom. During the session Stepan was handcuffed by both hands to the guards.

It hurts to see how they are trying to break a strong man who just went out into his yard to protect the mural and openly expressed his civic position. Stepan is kept in terrible conditions and psychological pressure is constantly applied. They threaten to kill his relatives, friends and neighbors.

Let's support Stepan and his family!