Supporting the family of activists who had to go through interrogations, searches, and a “home chemistry” sentence 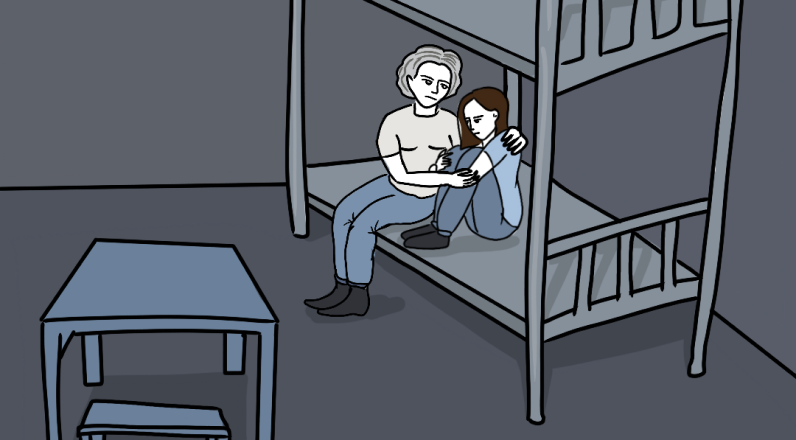 In 2020, I decided to take an active role in the election process and so I registered as an independent observer at my polling place. Like an overwhelming number of observers, I witnessed firsthand the unimaginable fraud from the first day of advance voting. On August 9 we all clearly saw that falsifications happened all over the country.

That same evening all the dissenting and, to put it mildly, extremely indignant with the announced “results” people (including me and my family members) — went to the center of the city. It was there that the wild horror, hell and all the actions of the “siloviki” happened, which to this day arouses growing hatred.

From that day on, actions on the part of the Belarusan people began, in which I and my family members continuously participated, for which they were “punished. In December 2020 I and my family members were detained. The result — charges under Article 23.34. We were kept in Okrestino for three days, then one person went home with a fine (it was still “allowed”), and two went to the detention center in Baranovichi for 15 days.

Then in 2021 I was detained and my apartment was searched for a comment left on social networks. Then I was accused under Article 369. In December 2021 I and another member of our family were detained again, charged under Article 342 part 1. Together we had to go through an interrogation in the GUBOPIK, hell on Okrestin and almost 4 months in the pre-trial detention center, which eventually led to the trial.

I was sentenced to 3 years of “home chemo” and my significant other to 2 years and a huge fine for “moral damages.” Since almost every member of our family had to go through the repression, we need support in order to pay for the “moral damages” to Minsktrans, as we do not have such funds at this time. We would be grateful for everyone's expressions of solidarity.

€1,000 – Financial support for the family in connection with moving to another country, for medical examination and tests.