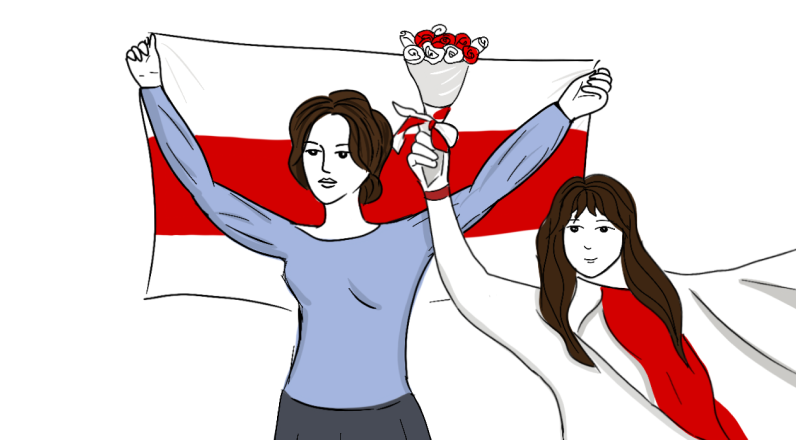 After the 2020 election, my mother and I actively participated in protest marches and expressed our civic position. I was repeatedly taken away, reports were drawn up, I was put in jail for 24 hours, I was given fines. I was fired from my job in Belarus, but after my dismissal I started to take more active part in various civic initiatives. My mom used to write complaints to all the authorities after my detentions.

In 2021 I was summoned as a witness in the criminal cases of “Inscriptions”. Somewhat later, they tried to fabricate a drug case against me. My house was being searched, but I wasn't home at the time. The officers broke into the house, attacked my mother, hurt her shoulder and handcuffed her. Later they took her to the police station and wrote two administrative reports on mom. A court session was immediately held, Mom was found guilty and fined. After she left court, she was detained by the investigative committee under Article 364 of the Criminal Code and taken away for 72 hours. Later she was released on her own recognizance. There was a long trial and trial. I was a witness in her case.

In May the trials started actively. On May 9 I was put in jail for 20 days. When I got out of the TDF I was told that my mom got three years of “chemo” and had to leave the country. Later I also had to leave my country.

Now we are together in Ukraine. After the war started we were left without work and means of subsistence. At the moment we are undergoing treatment. Mom's shoulder and back pains escalated after the detentions, and I'm undergoing treatment for my disability.