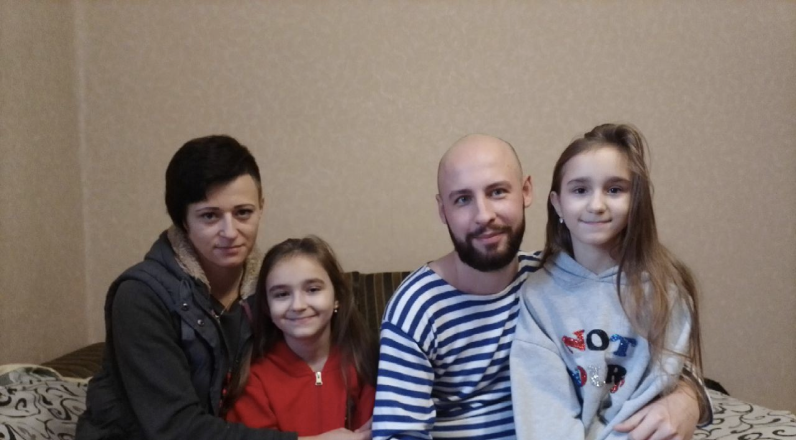 After attending a peaceful protest on 09.08.20, my fiancée was called in for questioning as a witness. A month later she was re-qualified as accused under Article 342 part 1, Article 364 of the Criminal Code of the Republic of Belarus. By fraudulent means and with the use of force she was pushed into a car and taken away for questioning to the police station.

During the interrogation my fiancée was held for over 6 hours, where she was not given water to drink, was not allowed into the toilet, and was forced to undress in front of male police officers. They threatened to take away my children and illegally deprive them of their parental rights and place them in an orphanage.

After that my fiancee and I started having problems at work — she was demoted at work, and I was given two severe reprimands for refusing to remove the flags with the Belarusian symbols and was dismissed from MES under the article. Some of my colleagues have already been convicted. We left Belarus before I was called to the police. We fled the country as the unlawful authorities began to persecute us for our political convictions.

How much money does Galina Rabets and Sergei Fedorovich need?

1100 € — That's enough for our tickets to Poland and for the first time until we find a job and put our daughters through school.