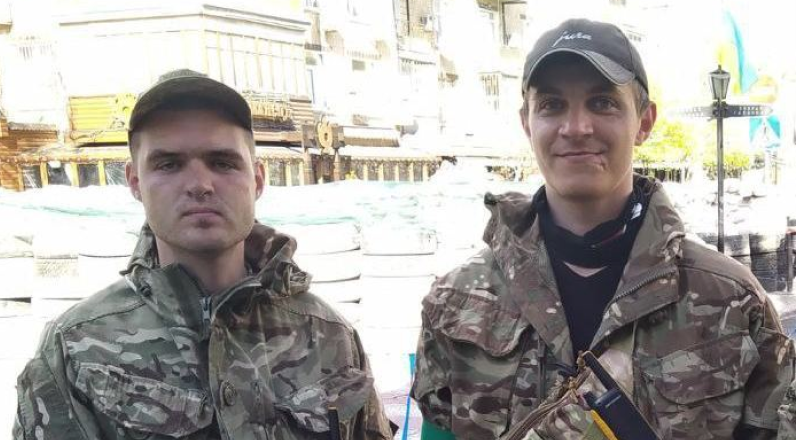 Eugene was a Green Meadow activist. He was forced to leave Belarus because of political persecution.

Dmitriy was an activist of Smolevichi. He, his wife and children were detained together with the RSP musicians at a concert. After that the pressure of the regime began and he was forced to leave with his family for Odessa.

In Odessa Dmitry and Yevgeny took part in the organization of rallies in support of Belarusian political prisoners, helped other Belarusan residents of Odessa to settle in, and became friends with Ukrainian activists all the time before the war.

When the war began, Dmitry took his family to Moldova and returned to Odessa to defend Ukraine. He and Zhenya joined Ilya Litvin's detachment.

After Litvin's detachment was forcibly disbanded and the guys began receiving threats from some of Kastus Kalinovsky's regiment fighters, they decided to go to Dima's family in Montenegro.

During this trip, they were killed in a head-on collision with a truck.

Relatives and friends say the warmest words about them. The guys were very bright, kind people, they never left anyone in trouble. They dreamed of returning to a free Belarus, loved Odessa very much and never hesitated for a minute when they stayed to help defend it. For those who knew them, this loss is very painful.

Now Yevgeny and Dmitry's relatives need funds to bury the victims, and their parents will transport them from Romania to Belarus. Dmitry's wife and children (6 and 9 years old) cannot return to Belarus because of political persecution. As a result of the blocking of their cards in Ukraine and the loss of their husband and father, they do not yet have sufficient means of subsistence and need support for the first time.

5000€ — Organization of transportation of the bodies of the deceased, funeral, flight of relatives to Romania.