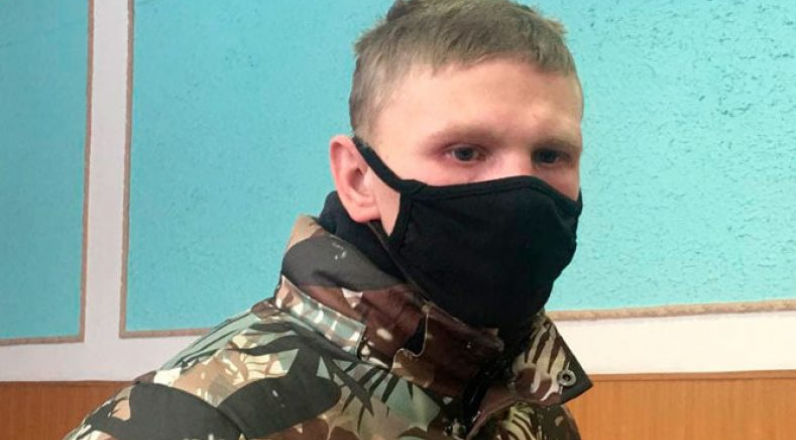 Dima was convicted under Articles 342 and 364 part 1. He was sentenced to two years in a minimum security penal colony and was found guilty of participating in mass riots and violence against law enforcement officers, although no one was actually harmed by his actions.

And this despite the fact that he was diagnosed with F.70.1, a significant behavioral disorder requiring constant monitoring and treatment. The only alleged proof of guilt is Dima's confession, which he gave under pressure. There is no video of him, none of the witnesses saw him. They convinced Dima that if he confessed, he wouldn't go to jail.

He firmly believed in that.

The appeal and the supervisory complaint were left unchanged. This is why the decision was made to file a pardon petition (even though he was not guilty of anything). This is the only possibility to get him out of the colony. It's been a month now, and there has been no answer from the clemency committee.

At first, Dimka cried a lot when I came to visit him in the pre-trial detention center. He said he didn't know how he was going to live. Now he is a bit better in the colony, but still has problems (he has bedwetting, which makes him feel uncomfortable not only for himself).

I called the medical unit numerous times and they seem to be giving him medications. Dimka is not verbose about himself, he says very little about himself, and maybe he is even afraid to say anything unnecessary (they may deprive him of calls), the only way to really know something is to have a long visit, but they do not let that happen. Since he was transferred to the penal colony (April 15) there has only been one short visit, a four-hour conversation through the glass. It's so hard when you see a family member and can't hug him.

1500 € — a money transfer to the prison, a vitamin package, cigarettes (inmates in the colony buy permits for calls and visits), shoes, a suit, underwear, food.