Help for the family of Dmitry and Anastasia Dashkevich 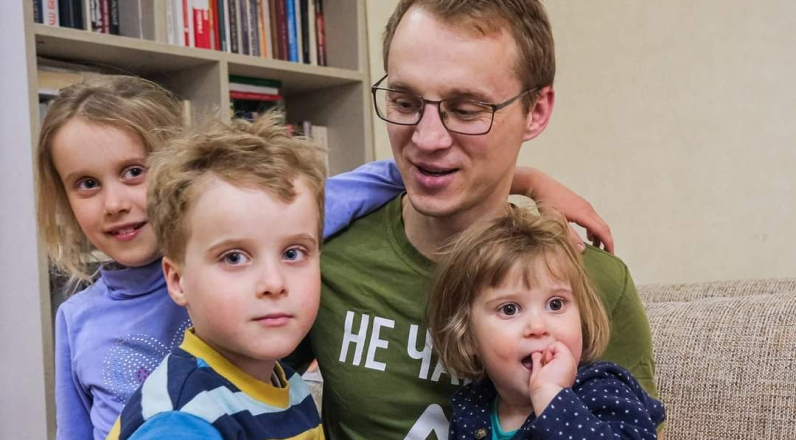 On March 23, Dmitry Dashkevich, a well-known public figure, civic activist and former leader of the Young Front, was detained by security forces. The detention was preceded by interrogation and search in his apartment, after which Zmitser was placed in an isolation ward on Okrestsin Street.

The activist's family learned information about the conditions of their father and husband's detention through photos taken by GUBOPIK. Dmitry was forced to be photographed in the office of the department against the background of the doors with “Z” and “V” symbols. The law-enforcers also “hinted” to the family that materials for a criminal case under Article 342 of the Criminal Code of Belarus (group actions that grossly violate the public order) were collected against Dzmitry.

Dmitry's three children, Mara (7 years old), David (6 years old) and Magdalena (2 years old), are waiting at home. His wife, Anastasia Dashkevich, is 6 months pregnant. Dmitry and Anastasia have always done their best for New Belarus, and it is in our power to help them now!

3000€ — living expenses for Dmitry's children; support for Anastasia, who is pregnant.