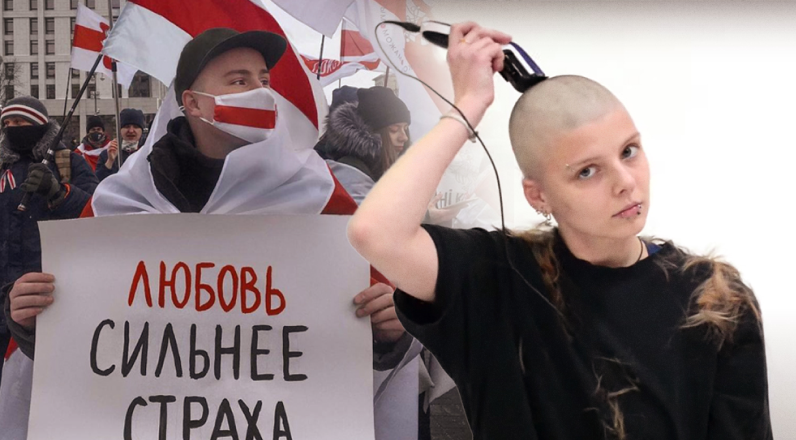 Anna Bogdanova and Alexander Suschevsky are civic and student activists, representatives of Polotsk State University in the national Student Rada “ZBS.” They are the authors and creators of the largest online exhibition of post-election Belarus “MADE IN BELARUS/MADE OF PAIN” (www.madein.by), participants of sensational video appeals, protest flash mobs and actions in support of political prisoners.

During the post-election period in Navapolatsk they were repeatedly detained by law enforcement bodies of Belarus for carrying out their activities and were subjected to pressure from all local authorities. The couple was forced to leave Belarus in 2021 after searches and detentions in fabricated criminal cases. In Ukraine, they continued to fight the regime, worked to create sociocultural projects, supported people inside the country, and defended the rights of an independent academic community.

On February 24, 2022, the war caught Anna and Alexander in Gostomel/Bucha, the epicenter of fighting near Kiev. Unable to get out, they spent more than two weeks under fire under the occupation of Russian soldiers, sheltering in a cold basement without light, gas, or communications. The apartment they lived in was broken into and robbed by the occupiers. The apartment complex was bombed and destroyed, and the city was destroyed by the invaders.

On March 10, miraculously surviving, they managed to evacuate under shelling and explosions from one of the “green corridors.” Now Anna and Alexander are in Poland, where they arrived with just a backpack: their jobs, bank accounts, possessions, and homes were left behind. Now the guys need financial help.

3090€ — rent for the first 3/4 months, payment of professional psychologists, medical care and examinations/rehabilitation, buying equipment to be able to continue working and doing activism.