Assistance to the families of those convicted in the ”Avtukhovich” case 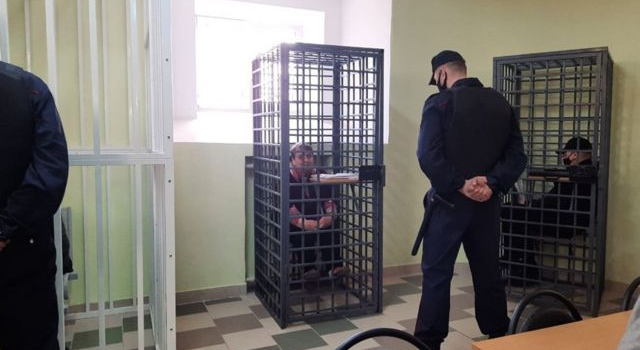 On 17 October an unprecedentedly cruel and inhuman verdict to the defendants in the so-called ”Autukhovich case” was pronounced in Hrodna. 12 people were tried as a criminal terrorist group, although it is obvious that they were just random people, many of whom didn′t even know each other. Among those convicted there are many elderly people with disabilities and severe chronic diseases, and they are sentenced to longer sentences than some of the murderers.

Anton Melkher was released in the courtroom, but it remains unclear why he was tried together with the others in the ”round-robin case”. At the trial, which was initially open (but in fact it was not), some of the defendants spoke of torture and coercion to confess by means of mockery, blackmail, and threats. The defendants also spoke of intolerable detention conditions and other violations. The essence of the charges and the presence of actual evidence of guilt remained unknown. Nikolai Autukhovich himself claimed that all the people accused in the case had nothing to do with his plans and were imprisoned only because they knew him and his plans did not involve bloodshed. The criminal case on the car arson was initially filed under the article ”hooliganism” and only later was it reclassified as ”terrorism”.

After the verdict came into legal force all the burden of providing for the prisoners and taking care of them falls on their closest relatives. Purchasing necessary things after transfer to the colony; food and material transfers; medicines; payment of exorbitant fines; services of lawyers — all this requires huge funds and is beyond the means of a single family.

That is why we offer to support our compatriots and raise funds to cover at least part of their expenses. Any contribution is important. And thank you to everyone who cares!