Aid to defendants in the “Rabochaga Rukh” case 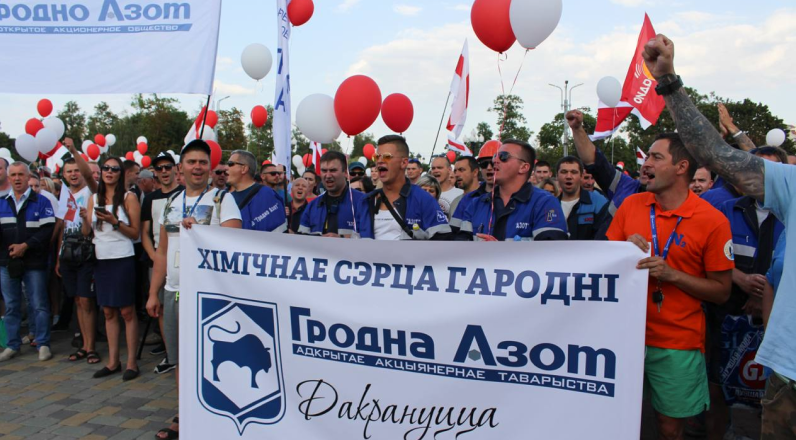 The regime is panicked about strikes. This became clear when the workers walked out in August and October 2020. Remember Lukashenko's pale visage as MZKT workers shouted at him, “Go away!” And even though the strikes did not grow into a national strike, the foundation was laid. In April of this year, the activists of the United Strike Committee of Azot, Naftan, BMZ and activists of other plants, supported by the Belarusian diaspora in Boston, launched the Rabochy Ruch movement to unite all Belarusian workers in order to protect their civil and labor rights. This included a nationwide strike.

This gave no rest to the illegitimate. Aware of the strength and degree of solidarity of the workers, and that a full stop of the factories was the only peaceful way to stop the violence and force it to negotiations, Lukashenko, just as in Stalin's times, ordered the Chekists to arrange a show trial of the Workers' Rukh. At the moment there are 13 defendants in the case, and their number is likely to grow:

All of them are recognized as political prisoners. Many of them were left with minor children. Trying to escape from persecution by the special services, former Naftan lawyer Alexander Kapshul jumped out of a train at full speed, broke his leg and was later kidnapped by the Belarusian KGB at the Russian-Ukrainian border crossing point Troebortnoe and secretly brought to Minsk. All these people are patriots of their country, who were not afraid to fight lawlessness and violence exclusively by peaceful means. Now they are accused of treason, attempted seizure of power and creation of an extremist organization under Articles 356, 357 and 361. They face up to 15 years in prison. They and their families need your support. We sincerely believe in you and in Belarusian solidarity.

We also believe that there must be a strike!

13000€ — All the funds raised will go to support the families of political prisoners, 1000€ for each person involved: parcels, travel expenses, food for prisoners, lawyer fees, child support and much more.