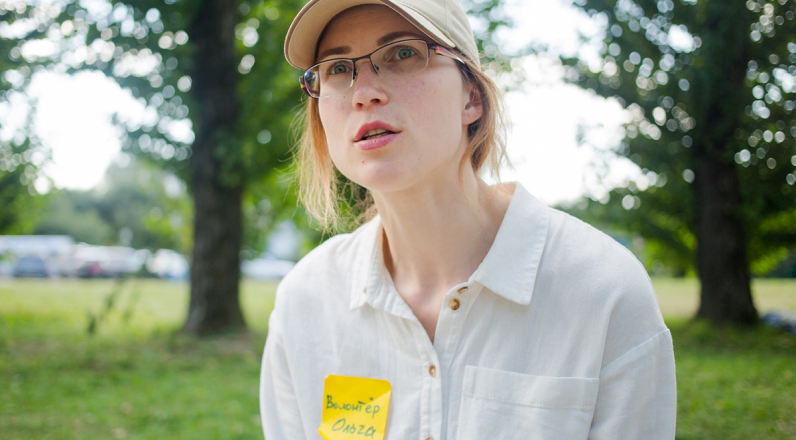 Many people got to know Olga at the camp on Okrestina: the strong girl tirelessly helped everyone who needed. She helped weeping mothers to find their children on the list. Helped doctors who were falling down with fatigue, bringing them hot tea. Helped lawyers print out the documents they kept drawing up for detainees. Helped battered people by calming them down and throwing a blanket over their shoulders. Helped the psychologists working with people who were tortured in the detention center.

It's hard to imagine that Olga herself was in the place of a person who suffered torture.

Here's what the lawyer said about how the GUBOP treated the mother of five children: "...she was beaten on the back of her head and buttocks, her hands were wrung out, her head was pressed to the ground. When we met her, she had numerous injuries, bruises on her arms and neck, bruises on her buttocks.

Olya has not been able to hug her children for a month now. And this is because she showed compassion towards others.

It is our time to help Olga. The best way is our solidarity. Therefore, today we are opening a personal fundraising to help Olga Zolotar's family. The amount needed: 3000 €.

Solidarity in Belarus — together to victory.